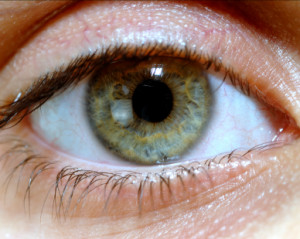 Glaucoma is a sight-threatening optic nerve disease often related to increased intraocular pressure (IOP) but may also be due to vascular insufficiency. These factors can lead to optic nerve damage, visual field loss and if left untreated, blindness. Glaucoma is known to affect between 2.5 and 3 million Americans and it is estimated that there are at least another one million undiagnosed individuals. It is the second leading cause of blindness in the United states and the leading cause of legal blindness among African-Americans. About 80,000 Americans are legally blind as the result of glaucoma. In the united states in 1990, the disease accounted for more than seven million office visits. Primary open-angle glaucoma (POAG) accounts for the largest portion of the total number of patients treated for glaucoma.

Primary open-angle glaucoma generally occurs in people over the age of forty and the risks for developing this disease only increase with age. Approximately two-thirds of Americans with glaucoma are over age sixty five. A family history of glaucoma also increases the risk of developing glaucoma. African-Americans tend to have an earlier onset and a more rapid progression of the disease than do whites. Other risk factors include elevated pressure in the eye, a history of diabetes, or a high degree of nearsightedness.

Detection is challenging because, until the disease is advanced, POAG is asymptomatic and the field of vision that is lost is usually peripheral. Identifying people with risk factors permits the effective use of techniques that detect glaucoma in its early stages. Although glaucoma cannot be cured and the lost vision cannot be restored, effective treatment can arrest progression of the condition. Thus, the challenges for ophthalmologists, optometrists, and primary care providers are to recognize the disease early and to individualize therapy in order to achieve the goals of long-term compliance and prevention of blindness.

Medical therapy is generally the first line of treatment for glaucoma. Surgical procedures may be considered for patients in whom medical therapy is ineffective or unsuitable. Procedures include argon laser trabecular surgery, filtering surgery, cyclodestructive surgery, and drainage device surgery. However, with the exception of argon laser trabecular surgery, ocular risks are greater with surgical procedures than with medications.