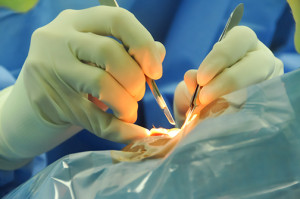 With her combined training in ophthalmic plastic surgery and ophthalmology, Dr. Bunin has an enhanced ability to perform delicate procedures around the eyes such as eyelid surgery, also known as blepharoplasty. Dr. Bunin’s extensive experience and specialized training in the tissues of the face, eyelids, eyes and skin, set her apart from other doctors. With her unique expertise, Dr. Bunin can perform eyelid surgery Allentown, Pa. to repair a number of functional problems or address cosmetic issues. 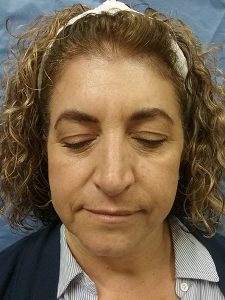 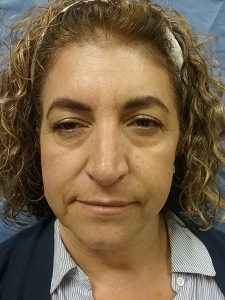 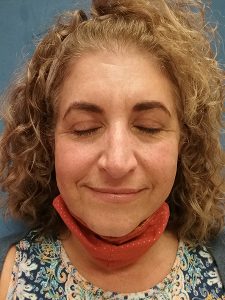 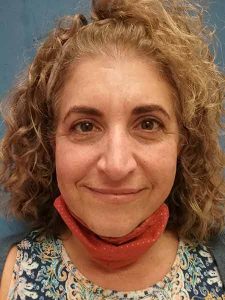 CASE: This lovely lady came to me because her eyelids were very droopy and she felt tired all the time.  She found it hard to read and work as the day went on despite getting a good night’s sleep and having her usual coffee. 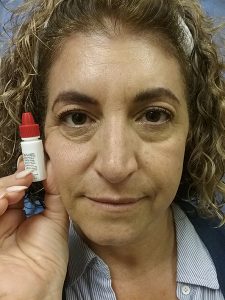 With muscle testing and Dr. Lisa Bunin’s three step technique, it was determined that she had both a droopy (muscle or myogenic ptosis) and a baggy eyelid (mechanical blepharoptosis) problem. The photo with her holding the red-top bottle shows that the muscle (myogenic ptosis) lifts the eyelid when stimulated but does not take care of the baggy part, so both need to be fixed.

After ptosis and blepharoplasty upper eyelid surgery her eyes are open and she can see so much better, and she feels so much better without the weight of her heavy eyelids interfering with her daily functions of life.  And she loves the way she looks and all of the compliments she is getting!!!  Eyelid surgery can be life changing!

Before and after images of a Brow Lift combined with lower eyelid surgery. Note: Upper eyelids were not changed. 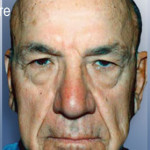 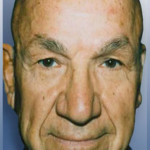 Patient with “heavy eyelids” caused by low brows. After ptosis surgery to elevate droopy lids, he looks better and can see better.

Located in Lehigh Valley, we serve the cities of Allentown, Bethlehem, Easton, Coopersburg, Quakertown, Emmaus, and the surrounding Eastern Pennsylvania communities. In order to schedule an appointment or receive more information about a procedure, please call our office at call (610) 435-5333.